GRiZ comes to Alpine Valley Music Theatre for day 2 of Triple Rainbow, on Saturday, September 17th 2022 featuring very trippy, hippie and future funk sets from CloZee, Minnesota, Chee, and Tape B. Grab some tickets and come on down to the biggest future funk rainbow mother f***ing party in the Midwest!
“Triple Rainbow 🌈🌈🌈!! A two day GRiZ outdoor + camping event at Alpine Valley, WI on September 16 & 17. I am overjoyed to be bringing our special curated events to the Midwest!” Said GRiZ at the event launch. “This will be one of our biggest events to date, we've put so much work into this one. Tag your crew! LOVE you! CANNOT WAIT!” 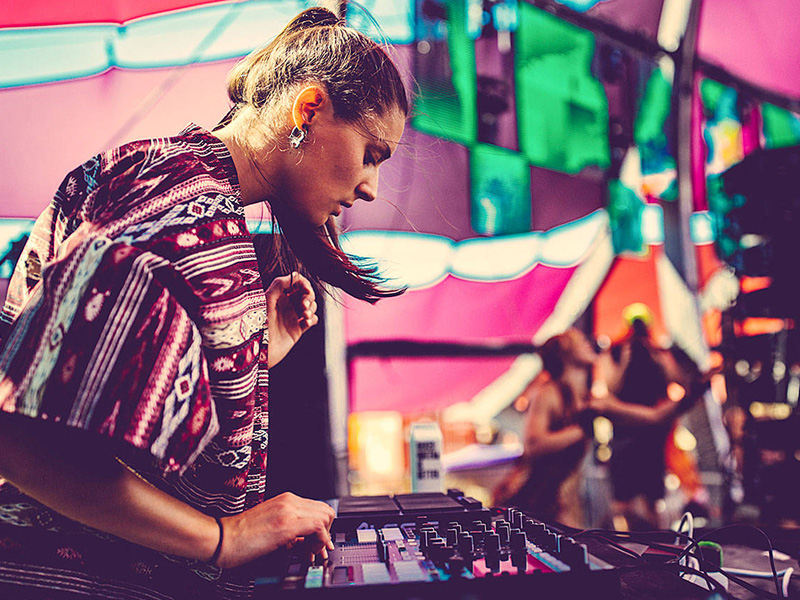 Denver-based, self-described “future funk” artist, Grant Kwiecinski is GRiZ, one of the leading independent electronic music artists in the world, his fifth and breakout album, Good Will Prevail, from September 2016, debuted at number 1 on the iTunes Electronic chart and charted on the Billboard 200 chart. A champion of the live electronic landscape, GRiZ’s live show is a spectacle unto itself, drawing in fans for his mix of improvised saxophone, guitar, explosive energy, saxy renditions, powerful vocals, earth-shaking bouts of bass, and more, over booming bass lines and head-knocking drops, becoming massive attractions around the world. Not one to forget his roots, GRiZ has also raised over $100,000 for music education for Detroit’s youth during his yearly charity drive “The 12 Days of GRiZMAS.”

CloZee and her fans are ready to let the force of the sound carry everyone to places they have never been before, and even get trapped in a feedback loop of adventure, music, and love. Based in Toulouse, France and on stages across the world makes this electronic musician stand out, as she gathers inspirations far afield from music, whether it's a painting, the weather, a dream, it all blends into her craft. Her career is brimming with numerous singles, EPs and live, charismatic performances at some of the world’s biggest venues and festivals including Lollapalooza and Coachella. In 2020, CloZee launched her own label, Odyzey Music, and released her full-length album Neon Jungle, remixed by Lane 8, Opiuo, Emancipator, and others. CloZee’s skillful mix of free-form melodies and bass continues to enchant fans around the world.

Both GRiZ and CloZee share a passion for huge, opulent soundscapes, and this is clearly evidenced in their brand-new collaboration, “Color of Your Soul,” where the two supernovas of electronic and bass music have collided in a sonic explosion that’s shaking the music world to its core. “It’s lush, bangin’, big, deep, colorful, victorious, and heart expanding,” said GRiZ