GRiZ comes to Alpine Valley Music Theatre for day one of Triple Rainbow, on Friday, September 16th 2022 with very special sets from LSDream, Tripp St, EAZYBAKED, and Noah B. Grab your glowsticks, buy some tickets and come party it up to the sweet tunes of future funk!
“Triple Rainbow 🌈🌈🌈!! A two day GRiZ outdoor + camping event at Alpine Valley, WI on September 16 & 17. I am overjoyed to be bringing our special curated events to the Midwest!” Said GRiZ at the event launch. “This will be one of our biggest events to date, we've put so much work into this one. Tag your crew! LOVE you! CANNOT WAIT!” 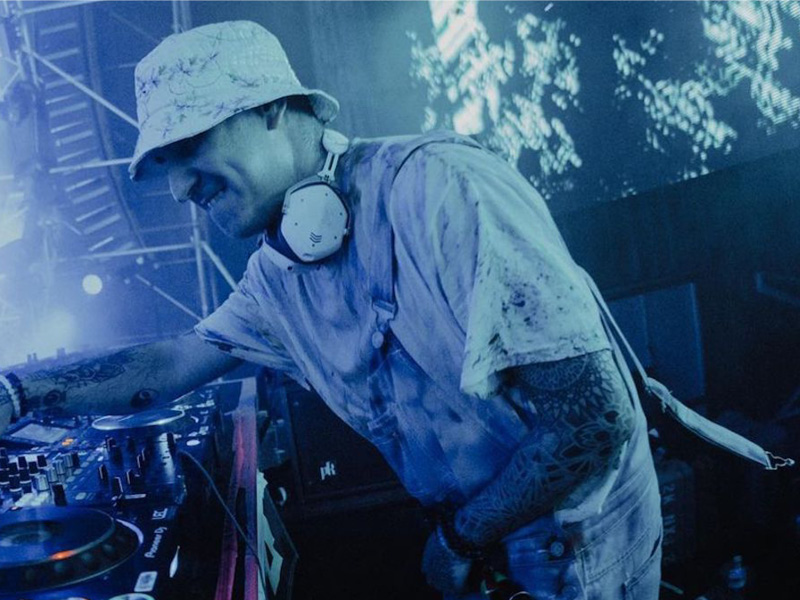 Denver-based, self-described “future funk” artist, Grant Kwiecinski is GRiZ, one of the leading independent electronic music artists in the world, his fifth and breakout album, Good Will Prevail, from September 2016, debuted at number 1 on the iTunes Electronic chart and charted on the Billboard 200 chart. Today, GRiZ is undeniably one of electronic music’s most celebrated and inspiring artists, with six albums under his belt, including 2021’s Rainbow Brain, a nod to the renaissance of bass music and dubstep’s golden age. Not one to forget his roots, GRiZ also raised over $100,000 for music education for Detroit’s youth during his yearly charity drive “The 12 Days of GRiZMAS.”

LSDREAM, known for his out-of-this-world visuals and sonic style, started off as a weird side project, LSDREAM has now grown to much more and the LA-based producer is making major waves with the alias. He has now released three mind-melting albums, with the latest being “PEACE LOVE & WUBZ.” “A collage of hybrid genre Bass music intended to spark joy and raise the vibration of the collective. This album is a ‘container,’ so throw in the shit that’s been weighing on you, the shit that’s bringing you down. Now go dance, wiggle, laugh, sing, and express yourself.” Says LSDREAM.